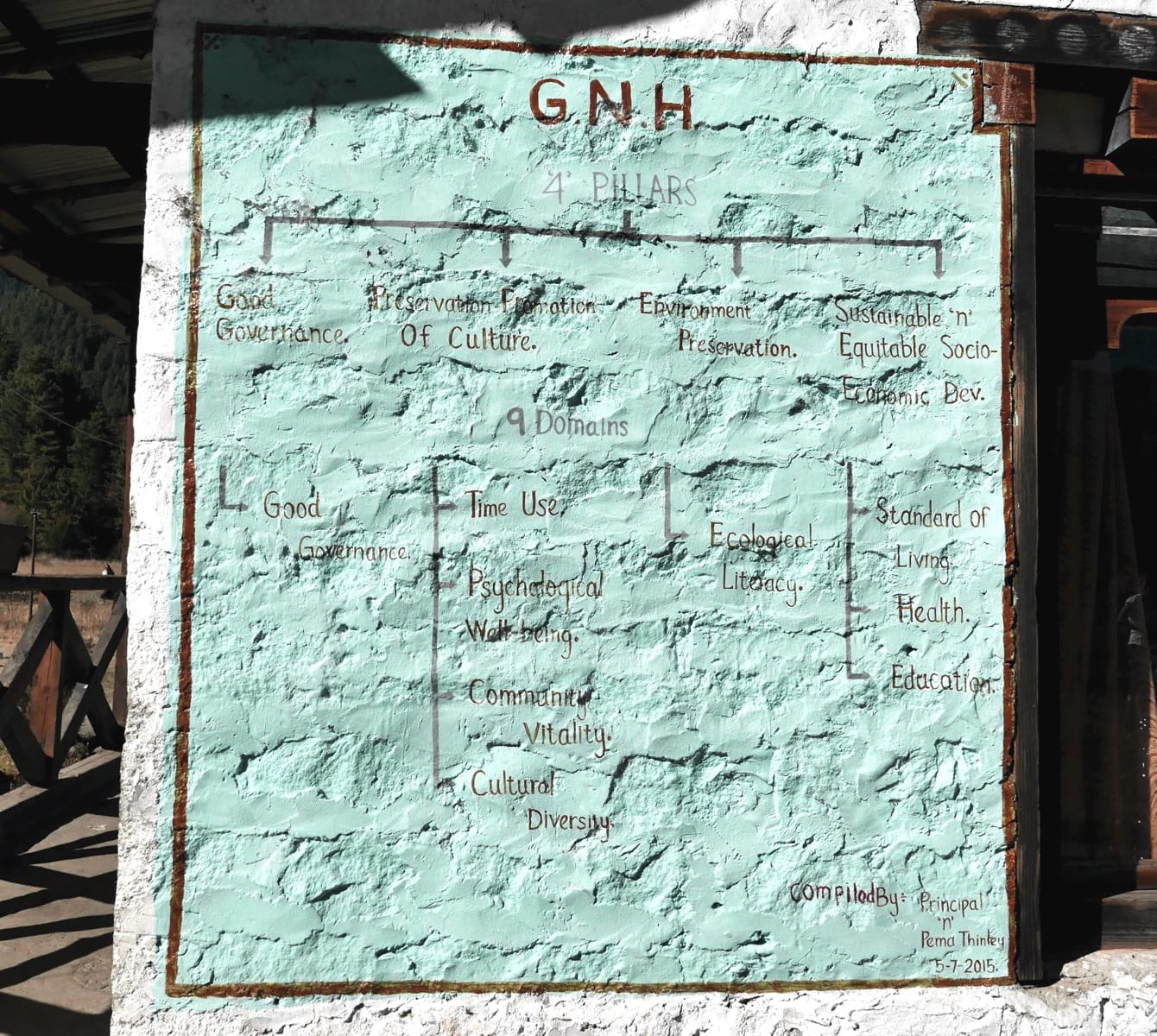 In my last article about Change I listed a few really life-damaging or at least life-affecting changes. Many disruptive changes lead to a significantly increased fragmented environment, making human being vulnerable, creating insecurity and fear. Who invented the Gross National Happiness Index as main paradigm for development has been aware of this conflict.

Let’s finally talk about this mystic „Happiness“ thing in Bhutan and how this can become a framework for a sustainable and robust approach for transformational change, instead of disruptive change. And to be very clear, the following article is not about esotericism, not about the last Shangri-La, not about hedonism for selfish desires, not about Gurus or Preachers imposing the power of positive thinking and feel good. It’s rather about a structured, well concise and holistic approach to create meaningful and sustainable change in society and in all kind of ecosystems:

About the kingdom of Bhutan

Bhutan is a country nestled in the Himalayan mountains between 2 big giant and fast changing nations, China and India. Bhutan was not really in the Bull-Eye of emperor ambitions in 19th and early 20s Century. Bhutan survived with it’s own and long-lasting culture. Even if influenced by Tibetan and Indian Cultures, Bhutan has seen practicing since the 8th century its own emancipated deeply spiritual Buddhism in governmental and day-to-day life. How Bhutan developed in history, allow me to direct you for more insights to this book: Amazon Link Bhutan History.

Since the beginning of the 20s century, Bhutan has changed from a Theocracy to a Monarchy, established by a powerful and well educated aristocratic family in 1907. The 4th King Jigme Singye Wanchuck, in active Regiment from 1972 – 2006 is the deeply venerated person in Bhutan having established the Gross National Happiness Concept – and much more than this.

The quotation at the beginning of this article from Robert Kennedy set the seed in the mind of this King. Apparently the initial trigger was an aggressive interviewer in the early 1970s. The King visited a country in the South-West-Asian neighbourhood: A reporter hold his micro close to the Kings mouth, asking him, if the King could share the current score of Gross Domestic Product of his country. The King simply replied: „Gross National Happiness is more important than Gross National Product“. So this is, how the term of Gross National Happiness was born.

The footprint the 4th King left behind when resigning in the young age of 51 to allow his son to gain the throne plus establishing a constitutional monarchy with first democratic elections which took place in 2008, was quite visionary and wise in order to respond the aggressively dynamic change his country was facing. It’s a fact, Bhutan was and is a developing country, where a big part of the population still in 2016 face a lifestyle conserving life-conditions like 300 – 50 years ago. At the same time, the political, medial and environmental context at the boundaries as well as inside this country is changing very dynamically:

Dynamic Change Outside of Bhutan

Tibet, the spiritual brother, was annexed by China who then scratched at the borders of Bhutan to gain even more land. Sikkim, as small and as isolated than Bhutan, but culturally more cluttered lost independency being annexed by India. Nepal faces huge economical conflicts and the aggressive Himalaya Tourism has perhaps helped a few Sherpa dynasties to gain wealth, but the gap between a few winner and underdeveloped infrastructures which became evident especially after the disastrous earthquake in 2015, leave the people in desperate life conditions. India, considered by the leaders of Bhutan as the big brother in political and economical affairs is it self a country which has switched from a status of a developing country to an emerging country with significant growth figures in the 3rd Millennium. But the growth in India has declined dramatically in recent years. During my stay in Bhutan in November / December 2016 India faced a monetary crisis and with all development in technological progress and service management this big nation still has not overcome drastic poverty and even famine crisis. Not to forget the huge damaging impact of corruption, infiltrated in all the countries named so far – and Bhutan is not free from this behavioural disorder.

Dynamic Change inside of Bhutan

The 60s of the last century mark the most drastic change for this country. Until then, Bhutan had been completely isolated from any kind of technological, governmental, economical, cultural and medial progress evident on the globe. No telephone, no car roads connected people inside and outside of Bhutan. Electricity was available at only a few places in the Capital of Bhutan. With the first 5-year-plan the 3rd King of Bhutan initiated initial modernization projects supported mainly by India

The 4th King followed the focused, but moderate path of modernization started by his father. The population has experienced mainly since the end of the 90s a huge development and dynamical change in life-style and consumption growing initially in the urban agglomerations mainly in the West of Bhutan against the still conserved medieval-like life-style in the remote valleys. Further more the medial revolution exploded end of the 90s: Until then, media consumption was mainly reduced to governmental radio stations (still the main source of information today in remote mountain villages of nomad folks in Merak or Sakteng) and to a daily newspaper as the voice of the government. Due to difficult transport logistics the newspaper very often issued with significant delay of 2 to 4 days in areas far away from the capital. Today, the full exposure of Global Media and the World Wide Web, a diverse number of Bhutanese TV- and Radio Channels beside several newspapers and mobile digitalization covers most of the population in the country. The history of Media development will be explored more in detail in a separate article on this blog.

Mainly supported by India, Bhutan has established since the 60s a network of motor roads connecting mainly the 4 big districts from West to East. However, traffic is still the area of lowest progress. Bhutan has the size of Switzerland, decluttered by multiple mountainous canyons and diverse climate zones from sub-tropical to alpine areas. To cross the country from the urban agglomerations in the West to the important centres of trade in the East it still takes 2- 3 days. Most of the roads are in a dirty status. Most of the struggle is caused by current constructions and work-in-progress driven by the current 5-years-plan. Many of the roads are regularly damaged by natural disasters like flooding and earth slides.

Progress in Bhutan is desired – but with the right balance

So progress is necessary to establish in Bhutan. Of course, progress brings convenience, wealth, higher standards in life-style. But fast development in economical and technological, industrial growth does not happen without a huge, in many cases life-threatening impact in human wellbeing: Defragmented societies and family structures, loss of culture and increase of consumerism, selfishness and mental diseases, noisy media clutter and last but not least, ecological danger for the natural resources are evident on the other side of the medal. And an underdeveloped nation is more vulnerable to fail in progress. And yes, many of these symptoms are present as well in Bhutan, mainly in the urban agglomerations in the very West – but the scale of the symptoms is still low compared to the outside world of Bhutan.

A different mindset to drive development

Since my first arrival I observed a different attitude in human behaviours, in communication, in commercial activities, and most dominantly in the spiritual exposure, which thrilled me and let me wonder: Hey, what is so different in this country? That was my overall impression from my very first visit in 2014 and again this year.

The vision of the 4th King was to reduce the clutter going with change for his country to a minimum in order to conserve the special cultural identity of this country and to drive the attitude of each individual being to prioritize the benefit for the community, still keeping the dynamic of change and development on-going: Personnel and cooperative development was crucial to survive economically in between the outer world and corresponds with the strong ambitions of it’s citizens to gain more wealth.

The Model Of GNH

The above picture shows a board displayed at the wall of a primary school which has been founded by the Gross National Happiness Centre of Bhutan in a remote valley. Though simplified, it shows perfectly well the DNA of the GNH structure.

The concept of GNH in Bhutan, inhaled in all public, economical, environmental, spiritual and private areas, is structured in main 4 pillars, and 9 domains matched with the pillars.

The 4 main pillars are
– Sustainable and Equitable Socio-Economical development

The 9 domains (see the key indicators mapped with each of the domains in the graphic below) are:
Related to Socia-Economical development:

Related to Promotion & Preservation of culture: 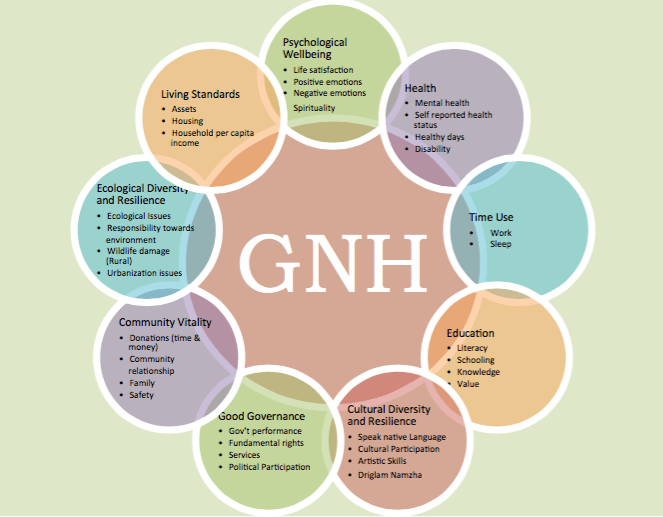 So this is it it basically about the slow speed from the headline of this article: GNH drives transformational and holistic change, not disruptive top-down directives for fast and most likely damaging results. Quite interesting view especially in the focus of the new governmental style to be expected in the US after the election of Donald Trump ….

Shared experiences from other Slow Change Experts and Quotations:
Here are summaries from fellows from our famous workshop in November 2016 about their experience with Bhutan and the Gross National Happiness concept as main paradigm of sustainable change: Samantha Bennett, Mike Davis, Laura Hartley, Sophie Benbow, Florence.

Last but not least, have a look on a vast collection of inspiring insights and media published by the smart and fully engaged team of the GNH Centre in Bhutan: GNH Centre Bhutan or follow them on Facebook.

Quotations: (Thanks to Dr. Saamdu Chetri)

„GNH has come to mean so many things to so many people but to me it signifies simply – Development with Values… Thus for my nation today, GNH is the bridge between the fundamental values of kindness, equality and humanity“. THE 5TH KING HIS MAJESTY JIGME KHESAR NAMGYEL WANGCHUK

„Gross National Happiness (GNH) measures the quality of a country in more holistic way [than GNP] and believes that the beneficial development of human society takes place when material and spiritual development occurs side by side. To complement and reinforce each other.“ CBS & GNH RESEARCH

„We have now clearly distinguished the „happiness“ … in GNH from the fleeting pleasurable „feel good“ moods so often associated with that term. We know, that true abiding happiness cannot exist while others suffer, and comes only from serving others, living in harmony with nature, and realizing our innate wisdom and the true and brilliant nature of our own minds.“ FORMER PM OF BHUTAN, HON JIGMI Y THINLEY

„We believe in Bhutan that development must serve a purpose by enabling conditions for people to pursue their own Happiness & Wellbeing – GNH helps us do so. GNH admits that basic needs are essential preconditions (such as clean air and water, good health, decent living conditions, knowledge, peace, security and justice, right relationships and right understanding) for human beings to flourish and achieve true happiness.“ DR. SAAMDU CHETRI, EXECUTIVE DIRECTOR, GNH CENTRE BHUTAN 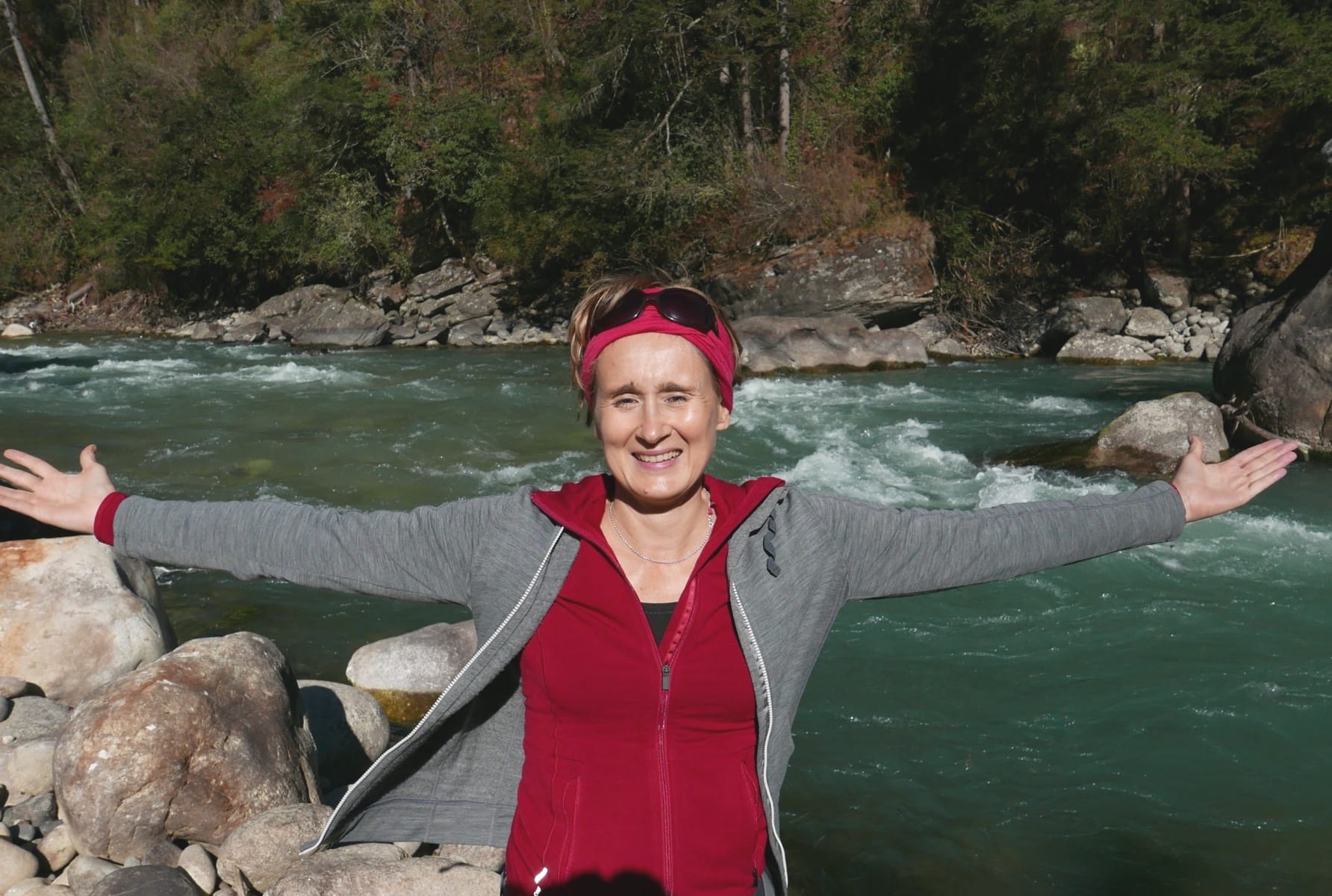 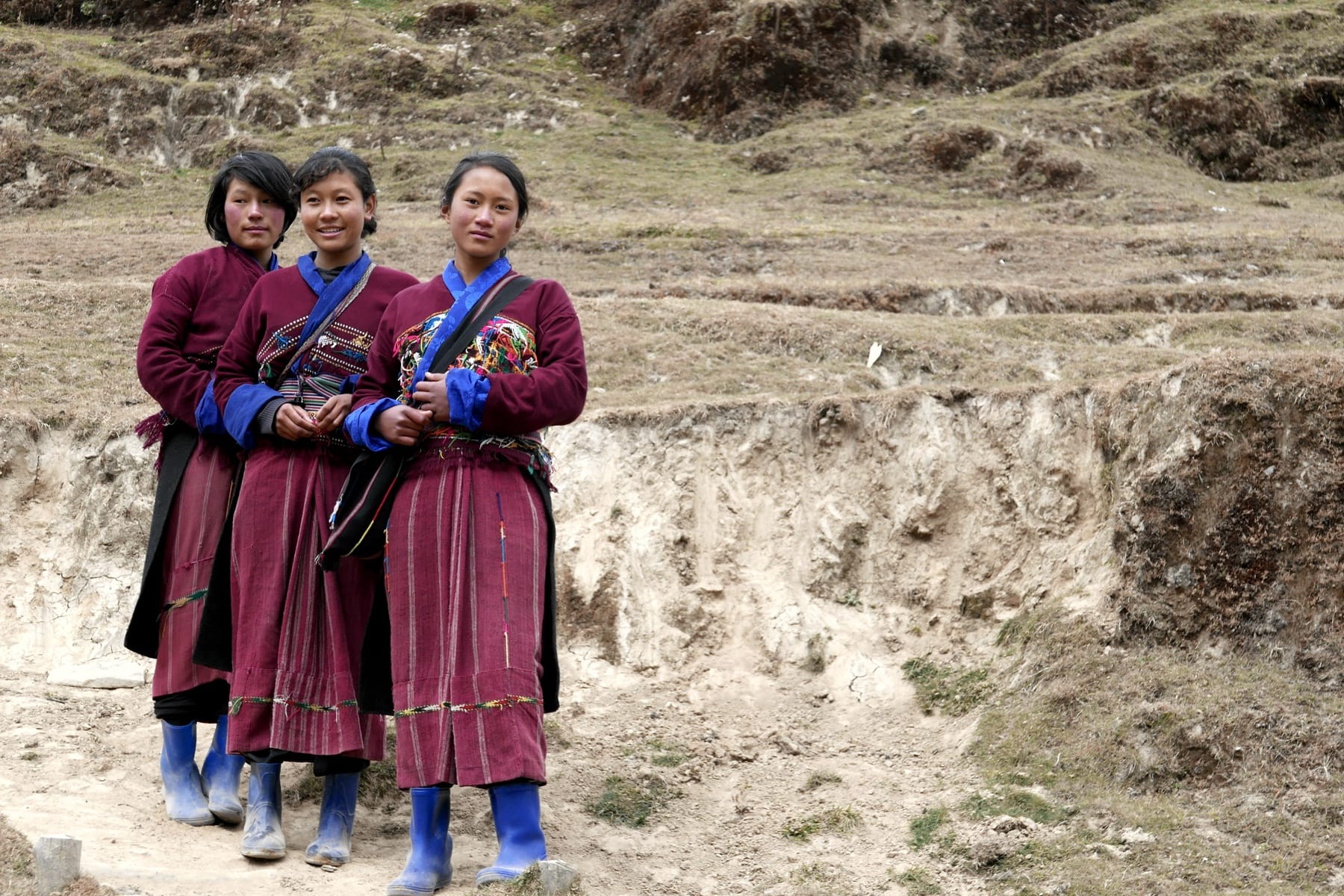 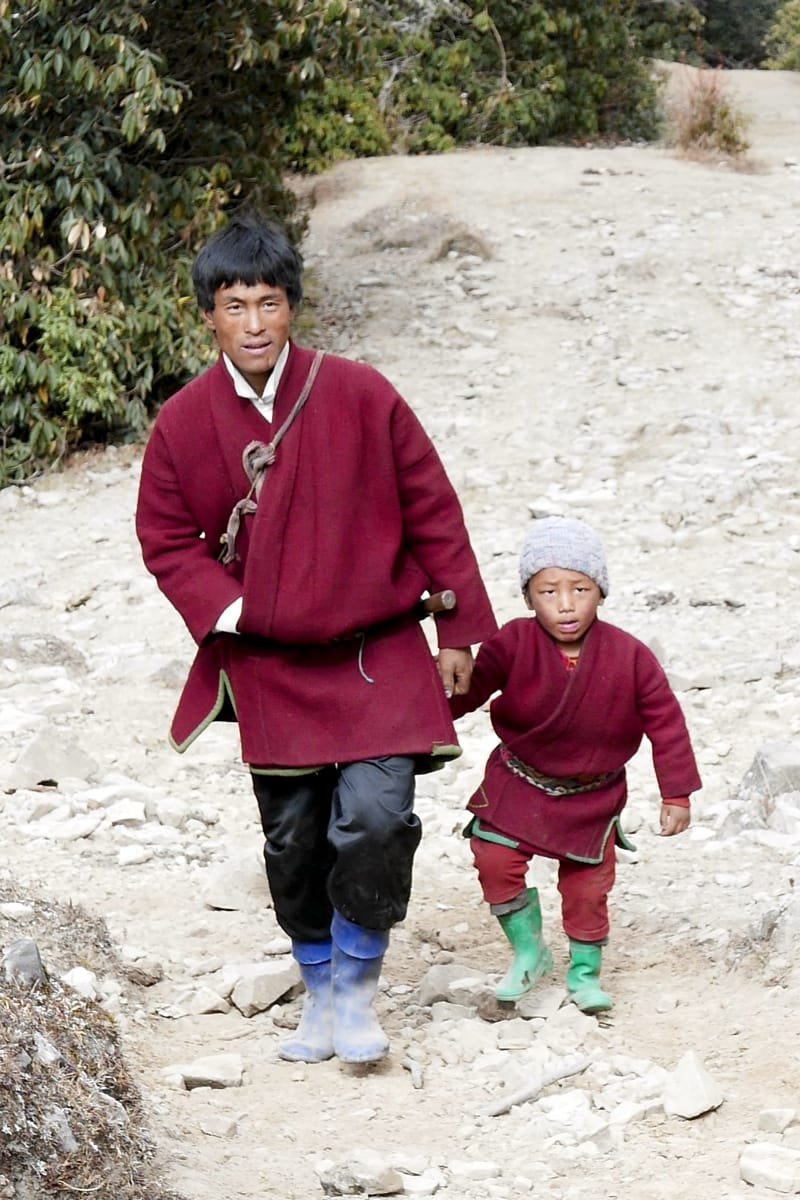 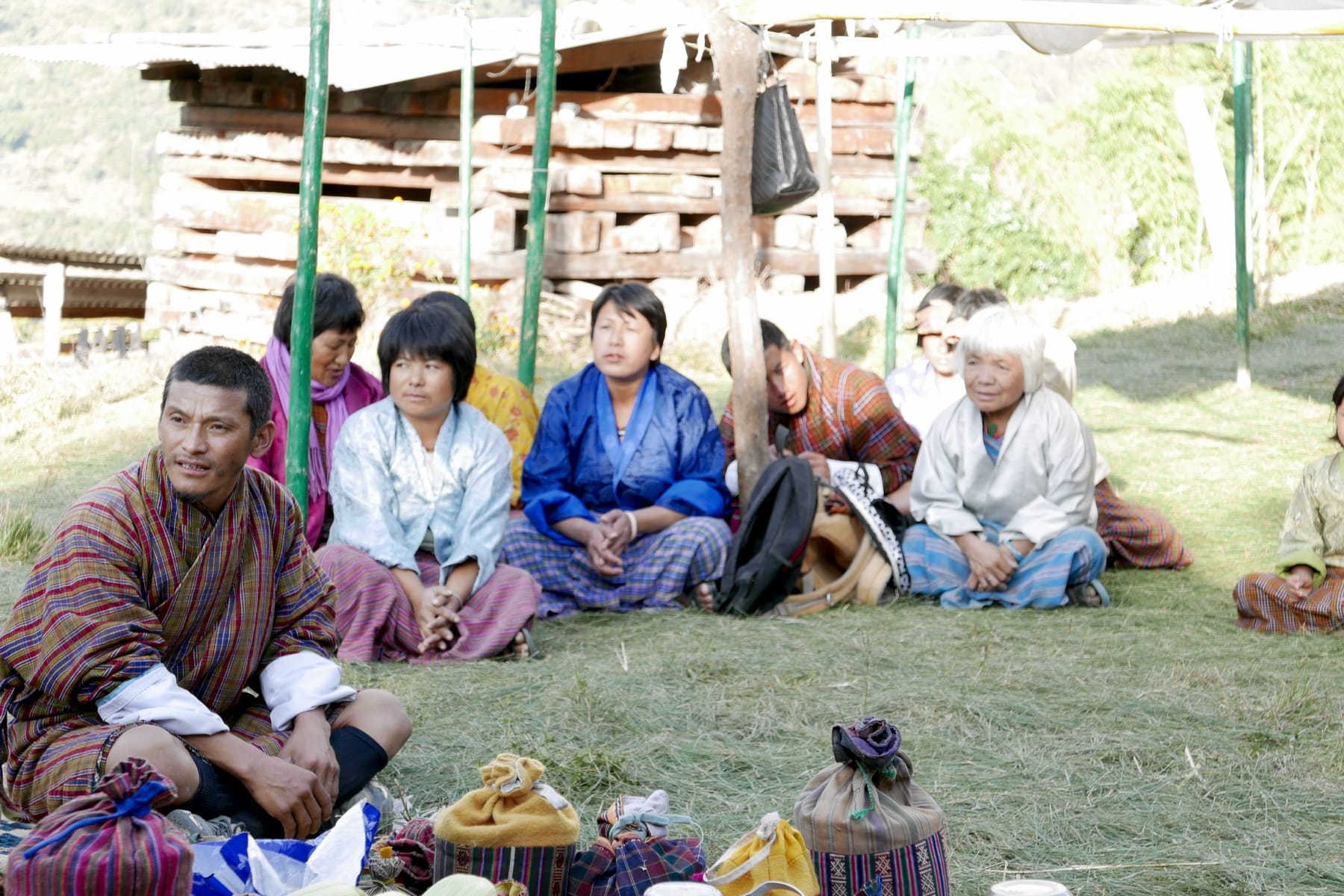 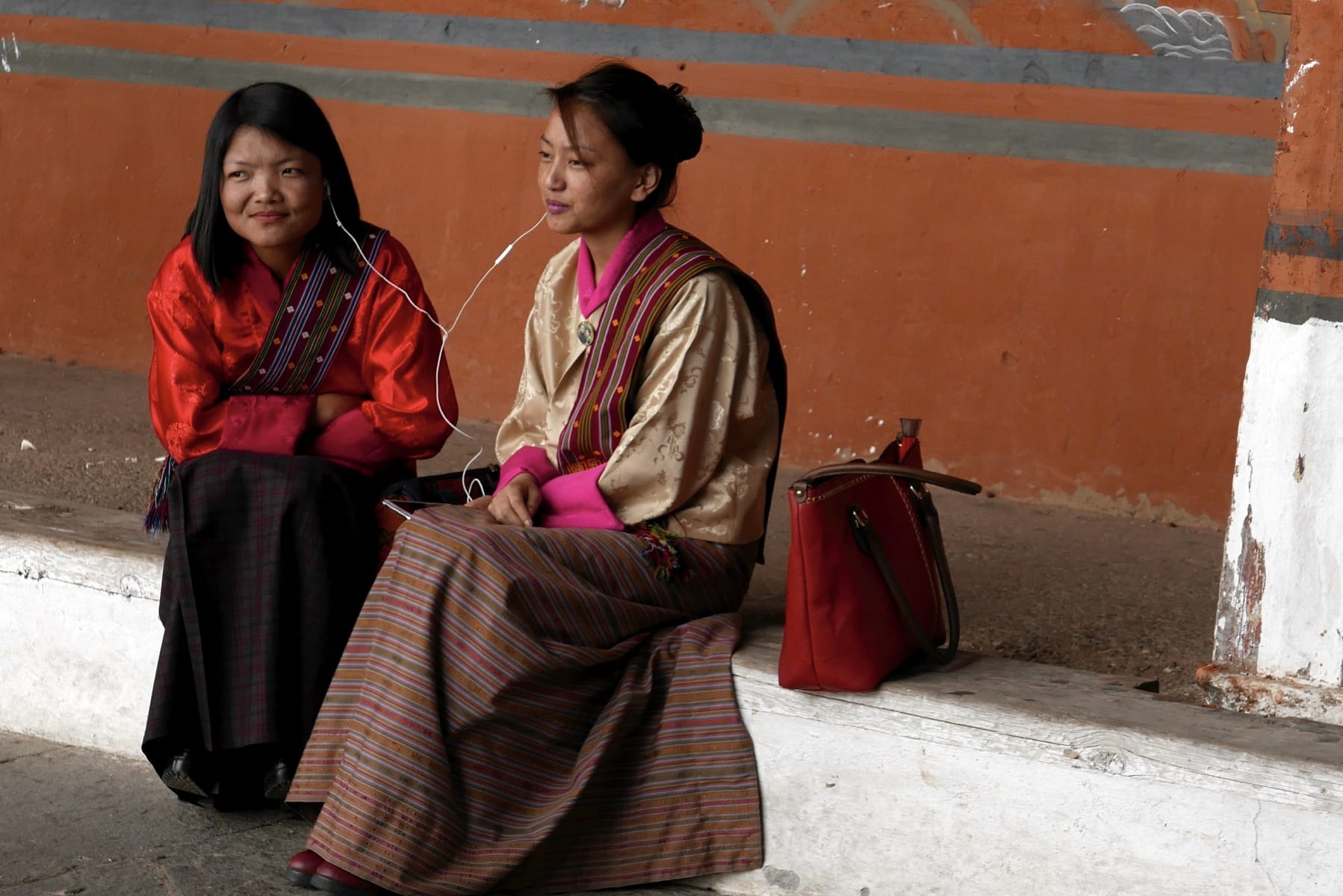 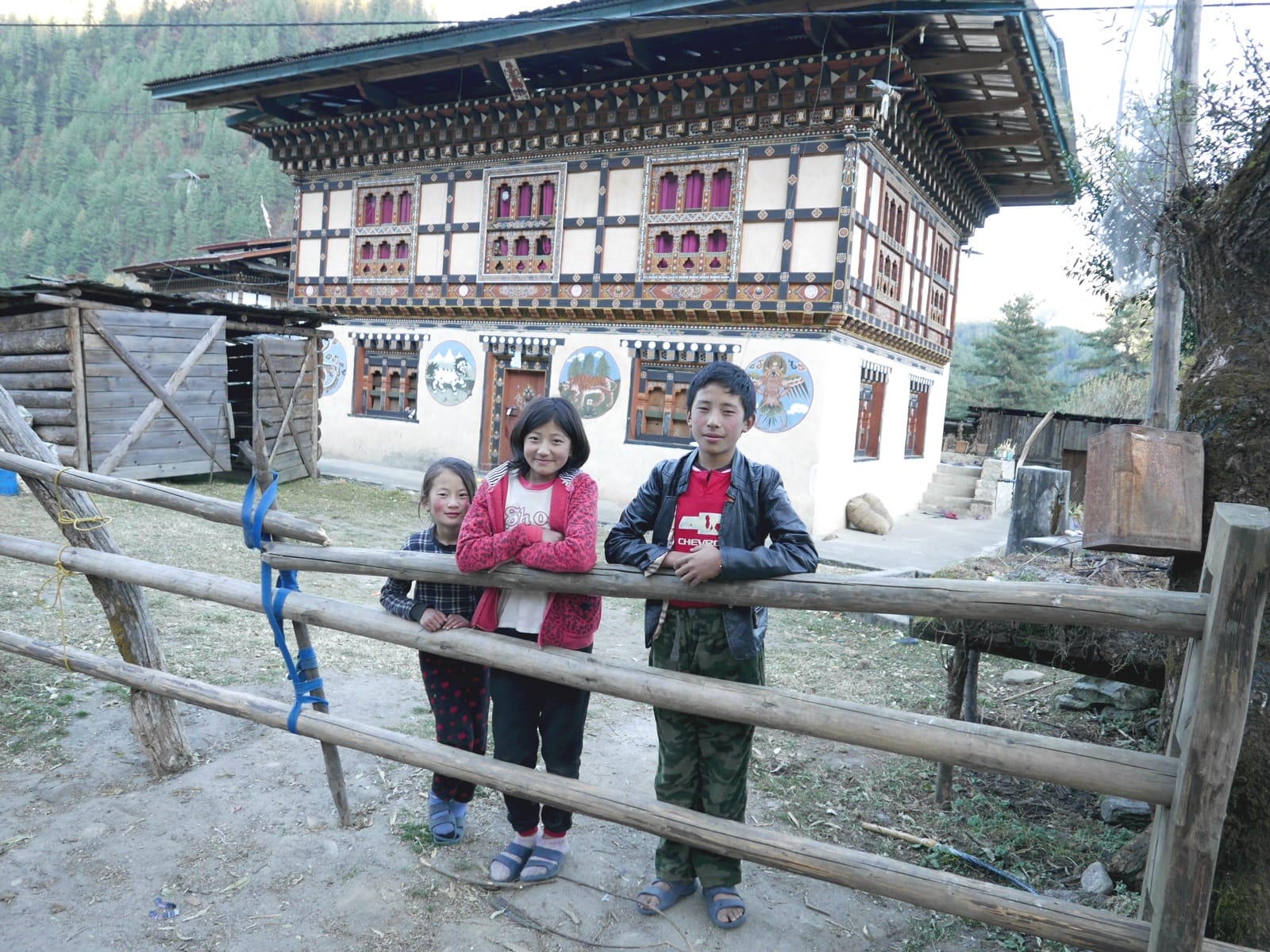 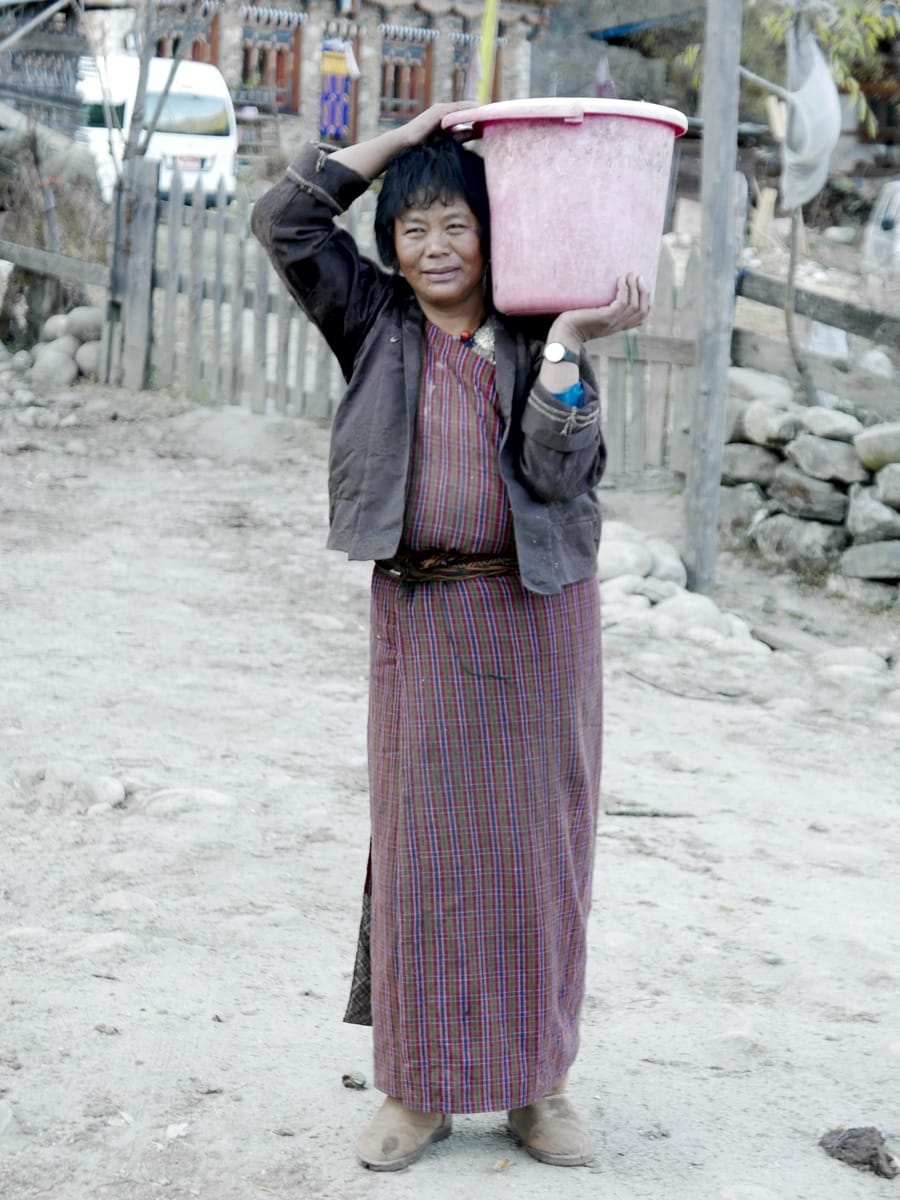 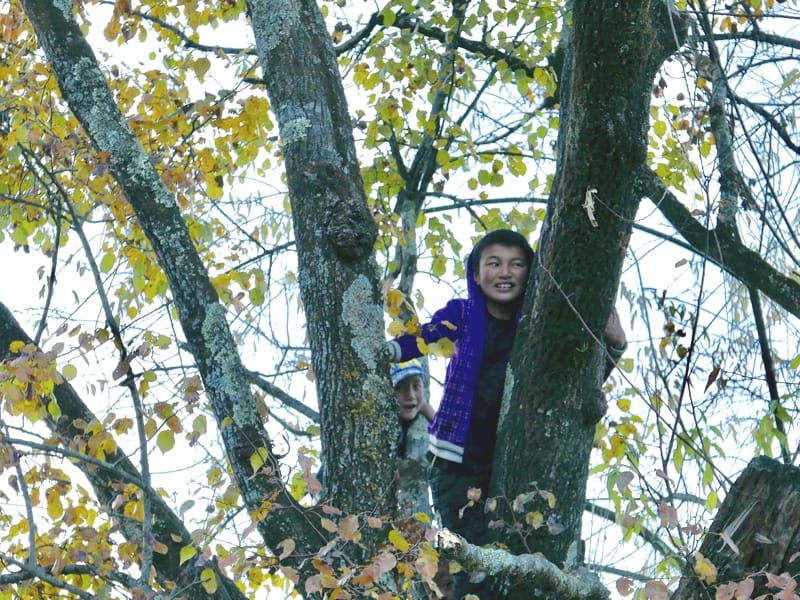 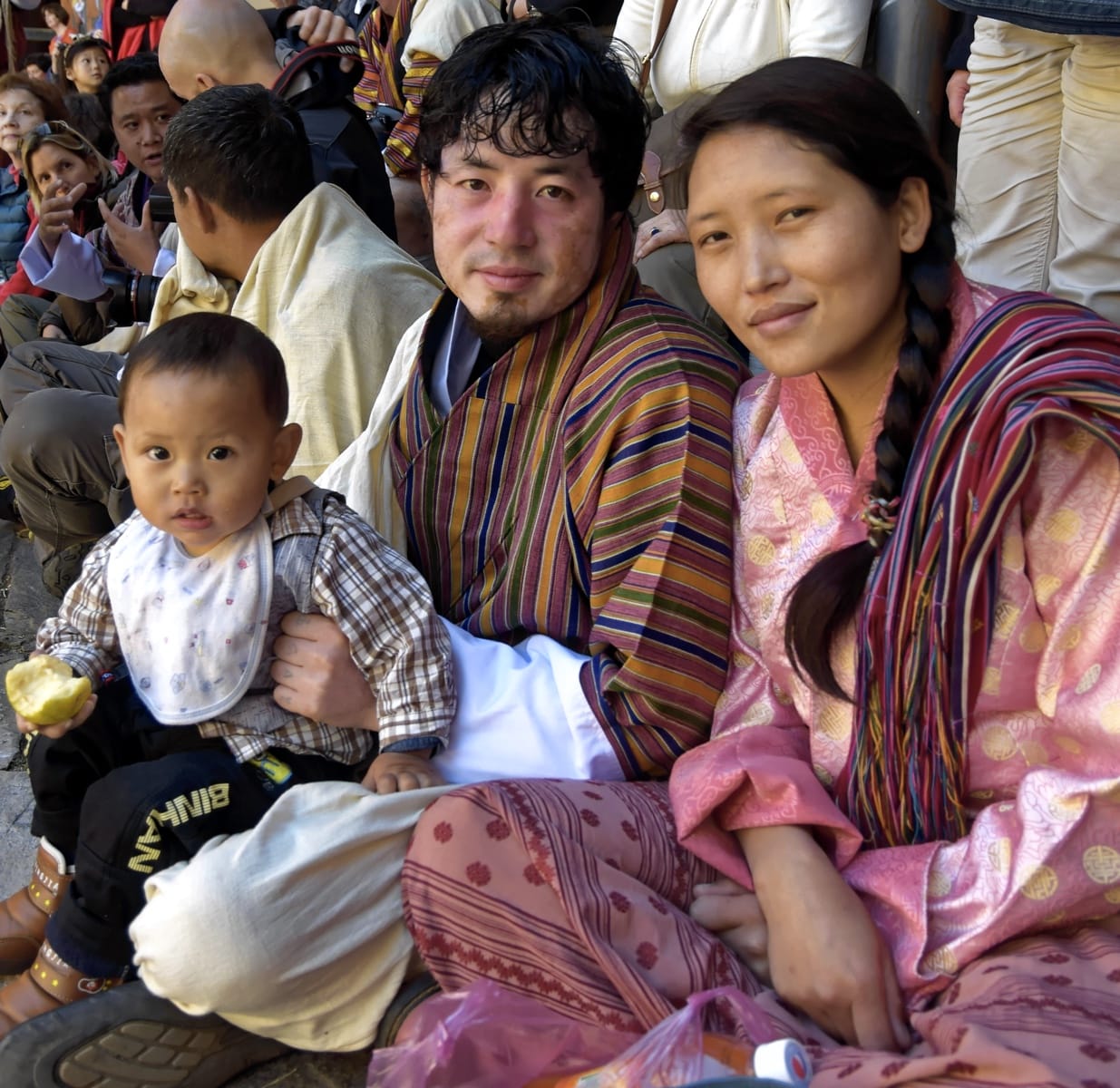 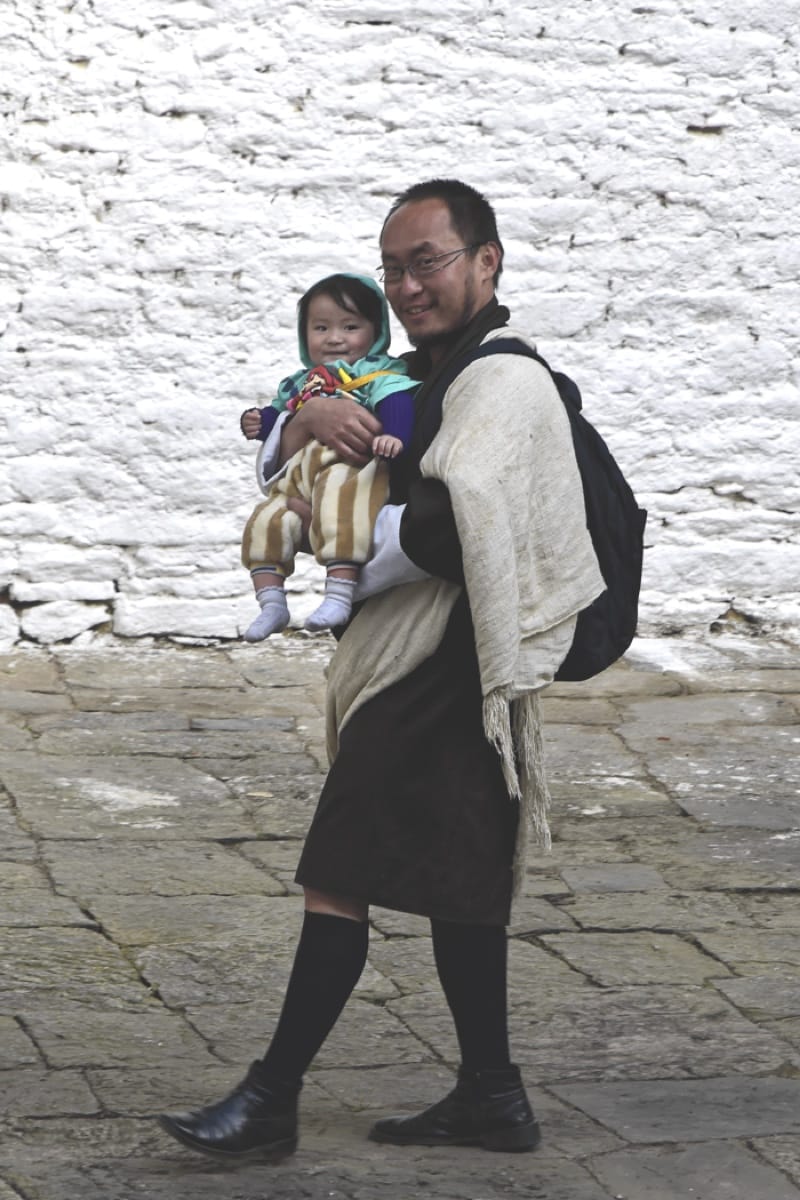 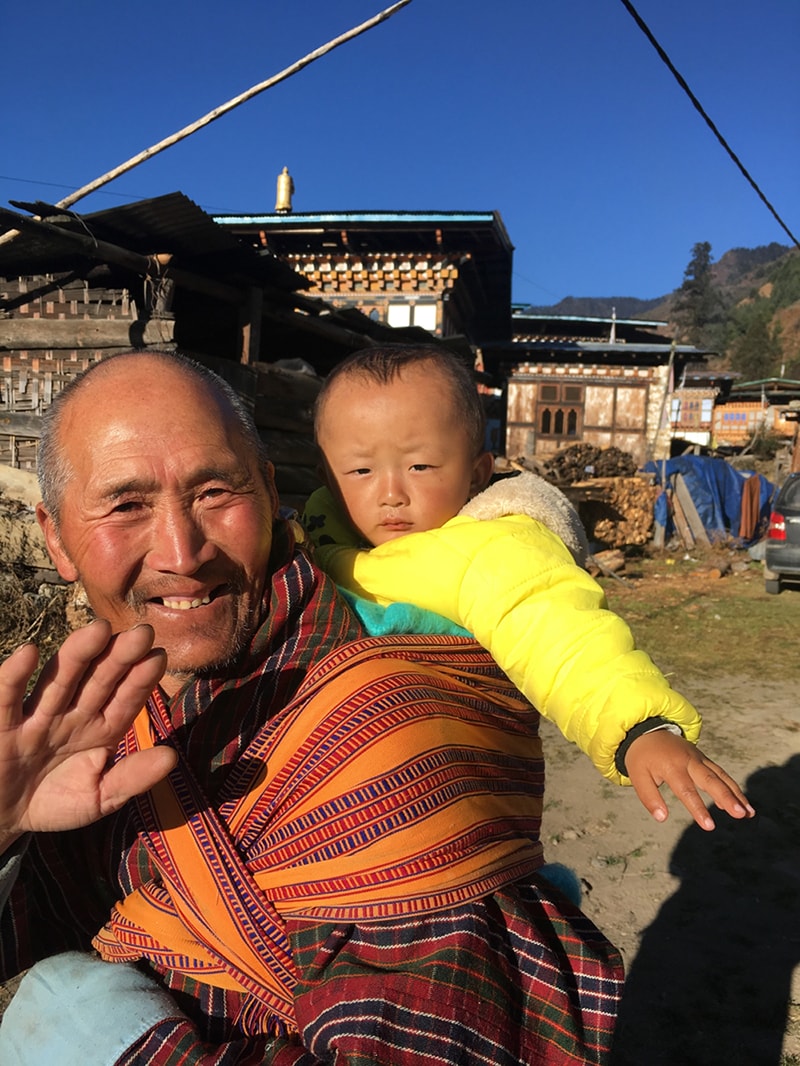 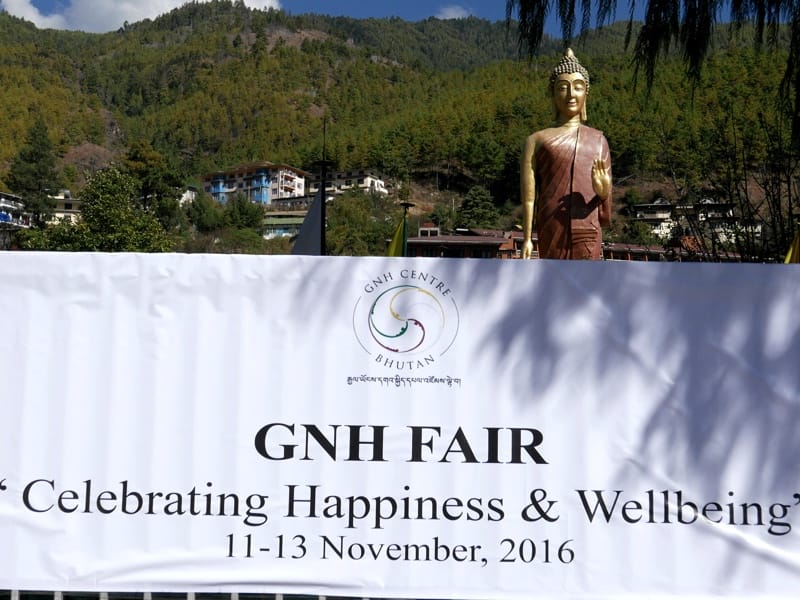 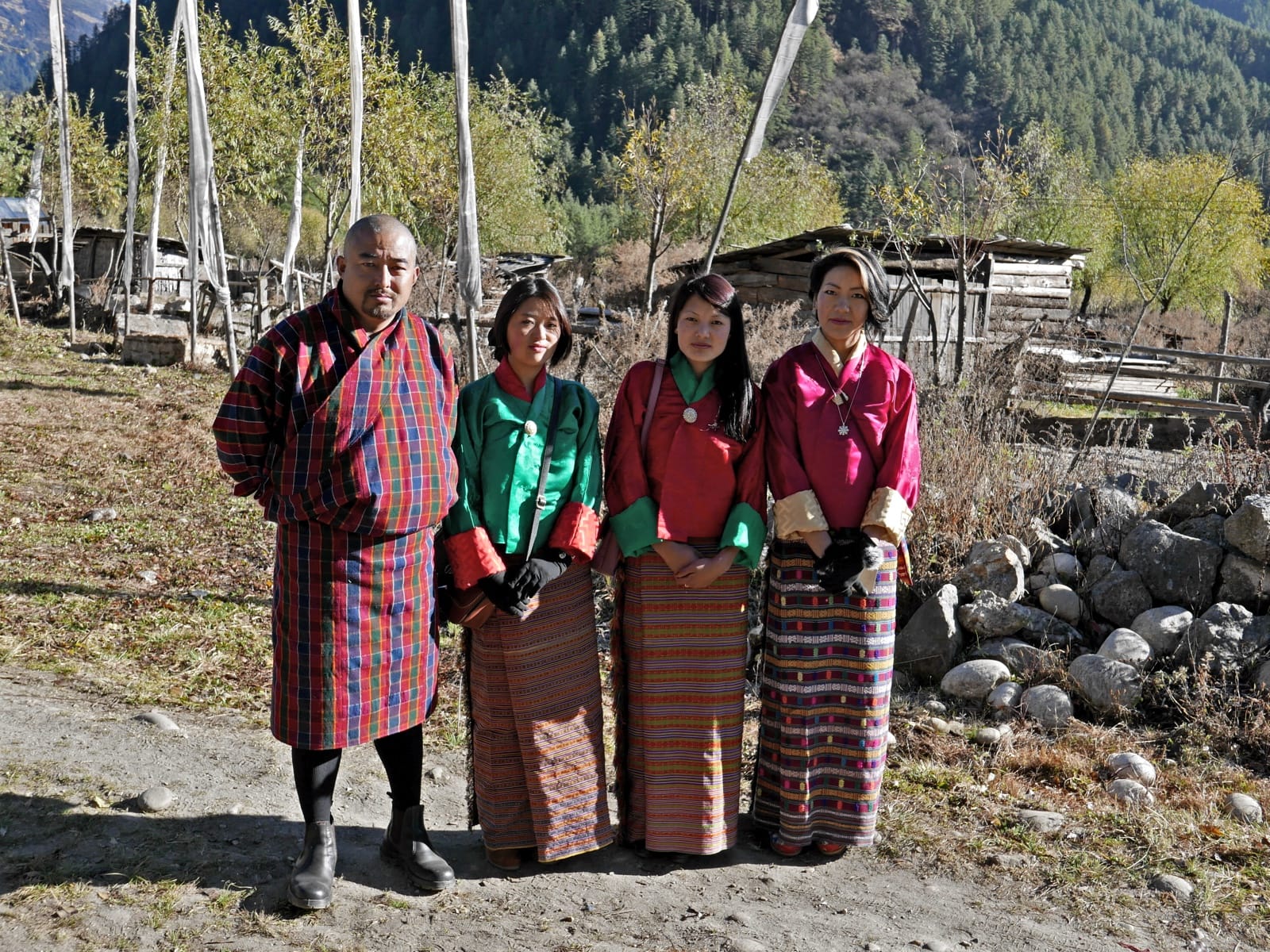 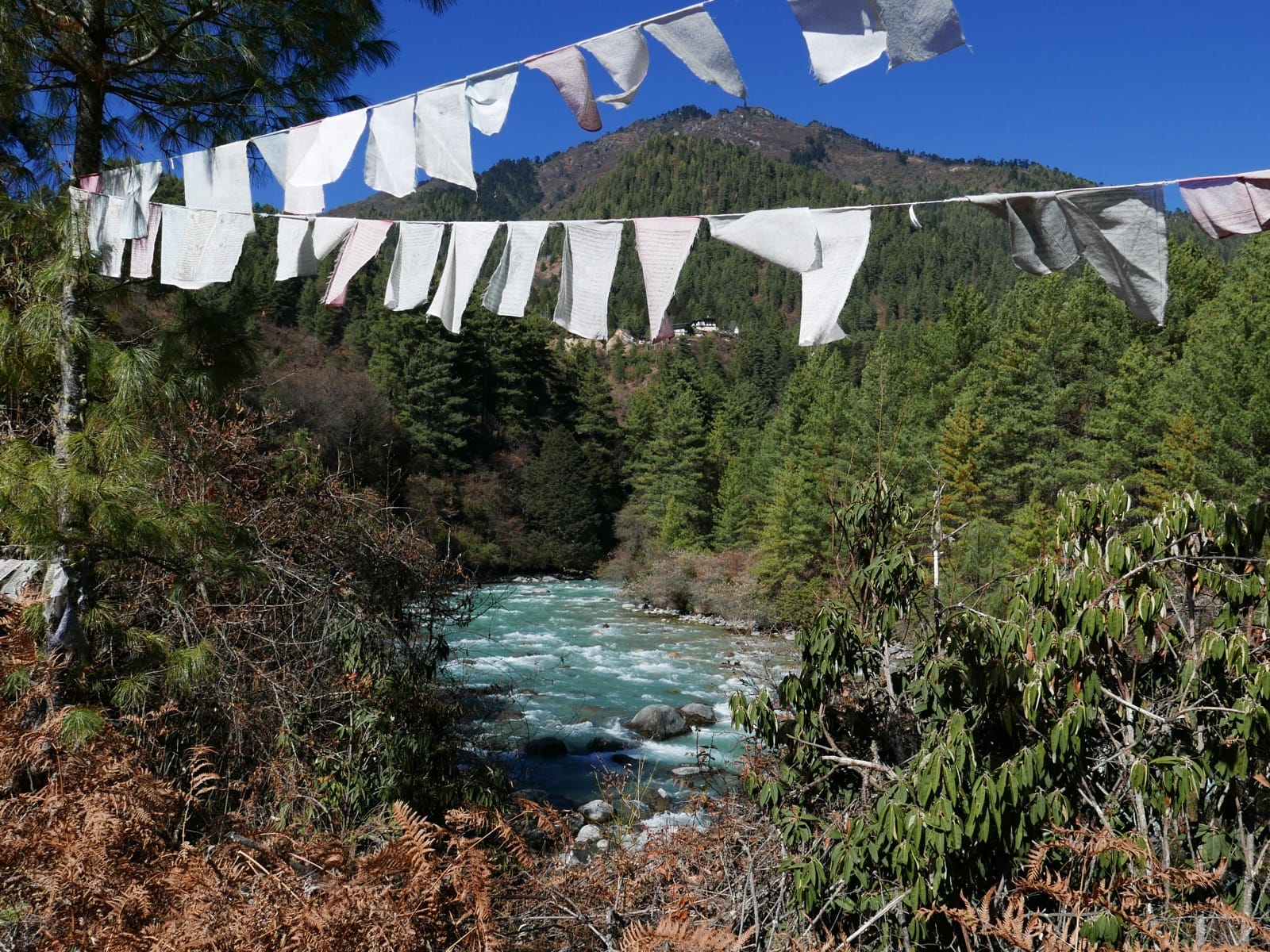 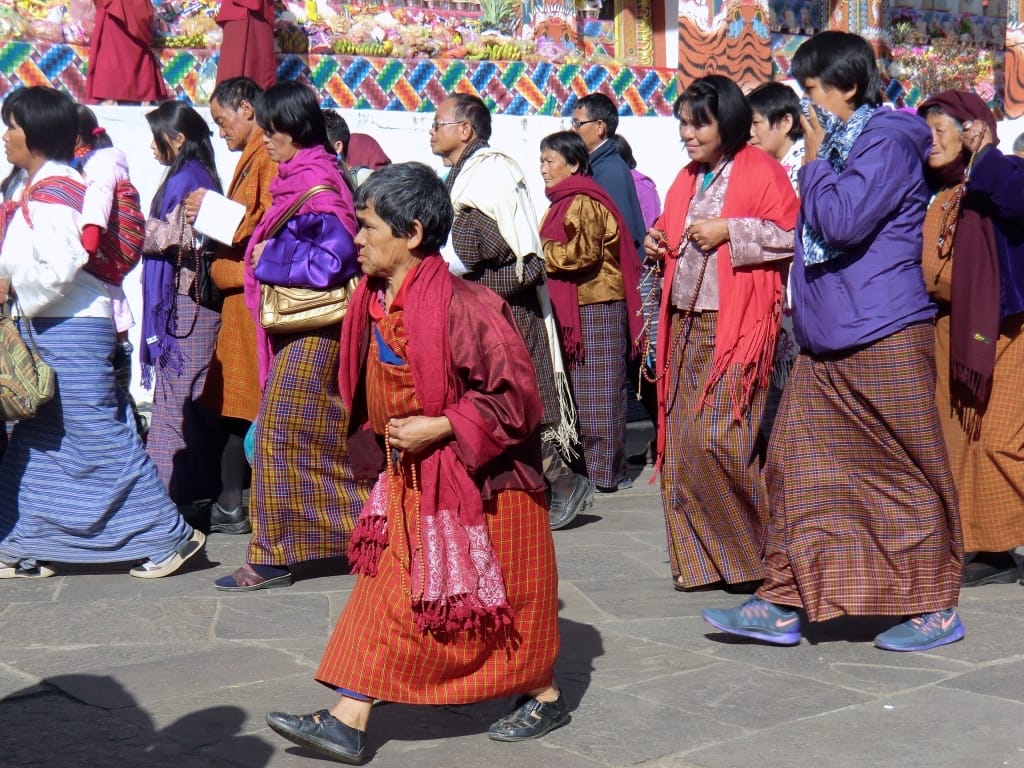 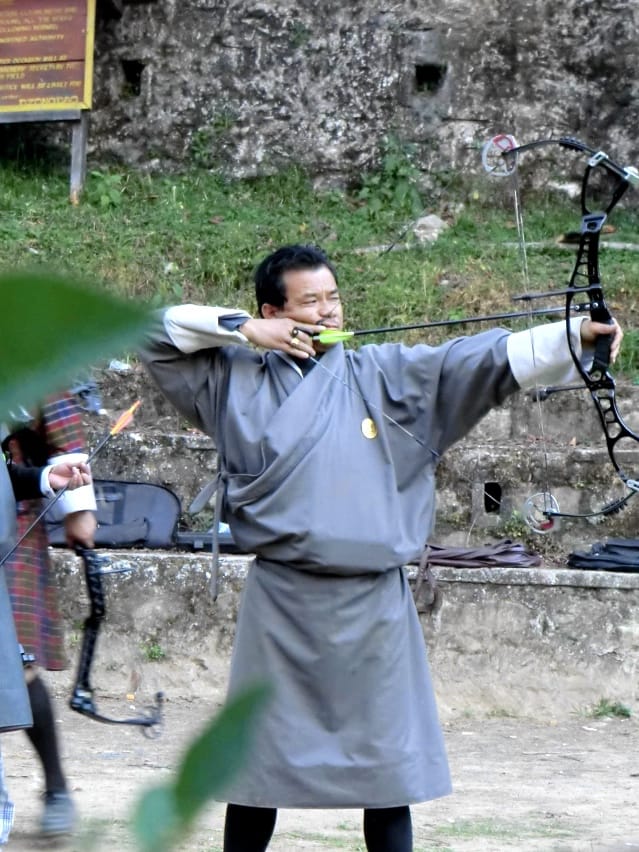