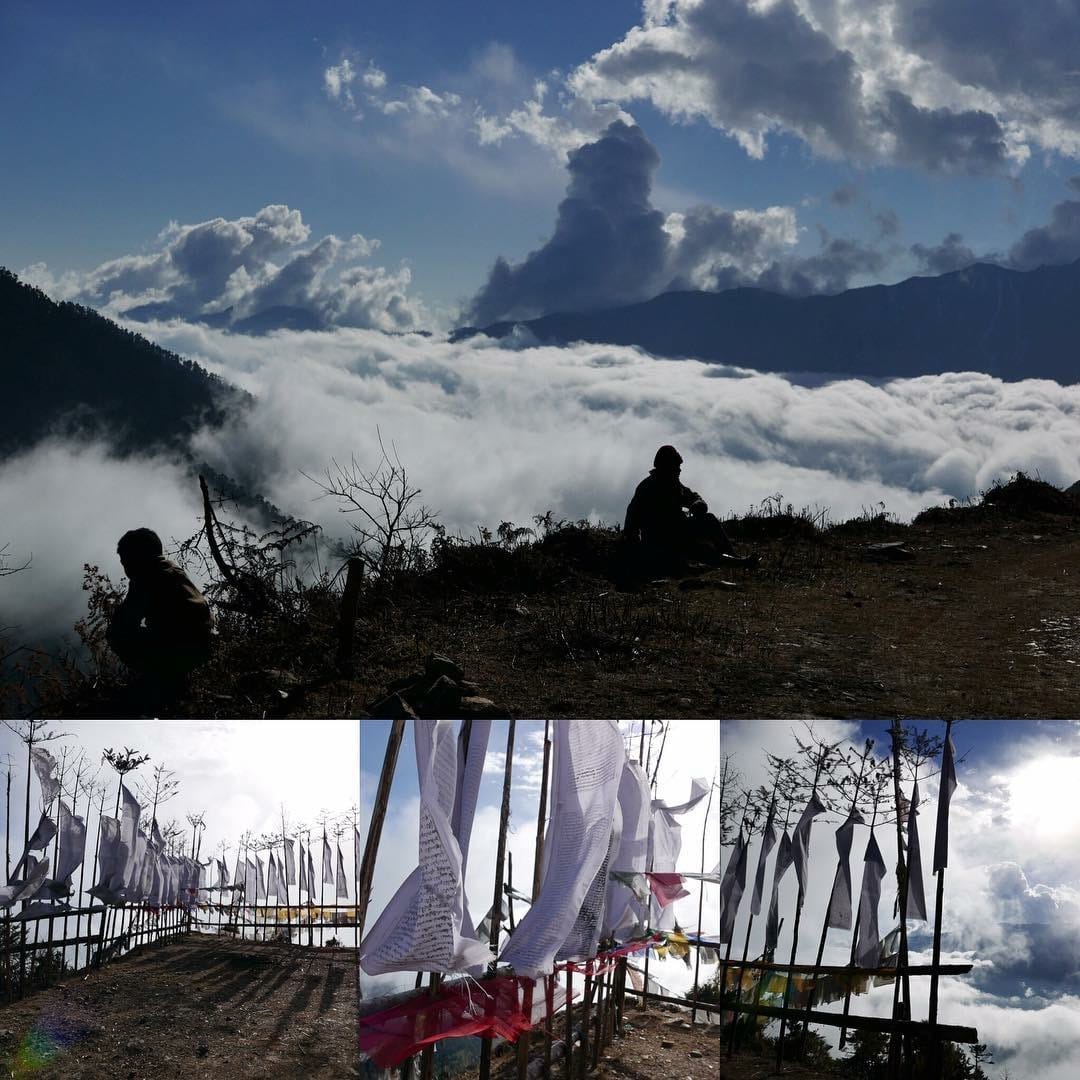 When talking about Bhutan and about the Gross National Happiness concept – this does not go without considering the influence of Buddhism. So let's talk about Spirituality!

Raised in a catholic valley close to the Rhine in Germany, my own spiritual roots are based on Christian values. I grew up in an environment of open minded attitudes, tolerant towards different-minded ethnical groups. A few of my friends practice Yoga and for a very few of them Buddhism has become their main confession by heart. Until I arrived in Bhutan, my knowledge about Buddhism was very low. I traveled to Bhutan to explore the connection between Buddhist values and Christian values – and I found quite a lot to connect. But first of all, it is very true, that Buddhism can be considered rather as an attitude, while Christianity leans on a clear religious denomination.

Once dived into everyday life in Bhutan, I realized very quickly - this is nothing intellectual, this is an inner attitude of life, omnipresent in people's everyday lives. It would require a separate article to describe the visible and invisible omnipresence of the Buddhist mindset in everyday life in Bhutan and in encounters with the people - and it would always remain incomplete. It's an overwhelming sensual experience - maybe more on that in a new post... 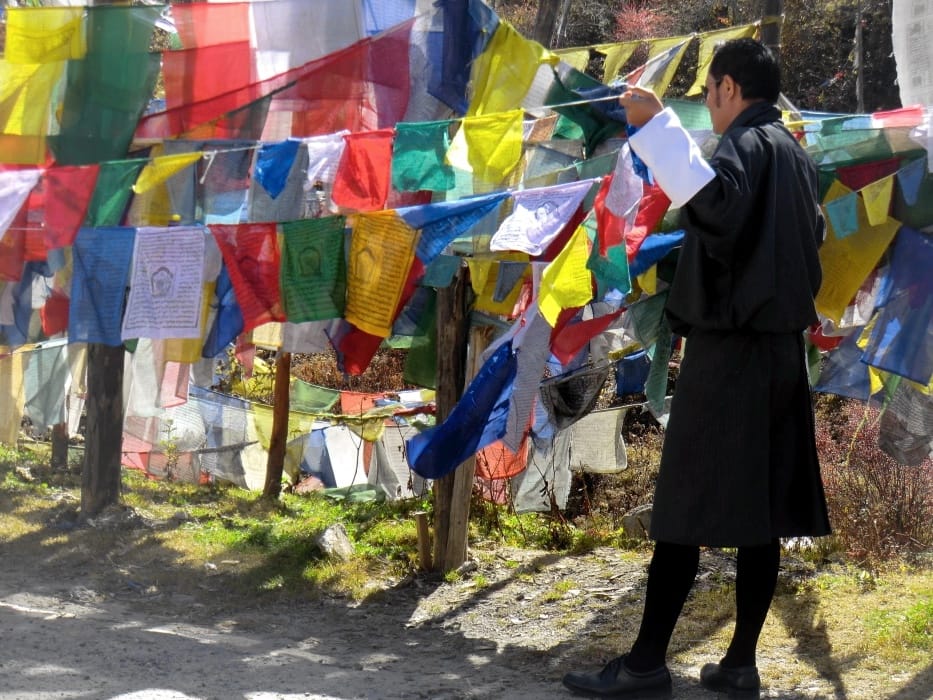 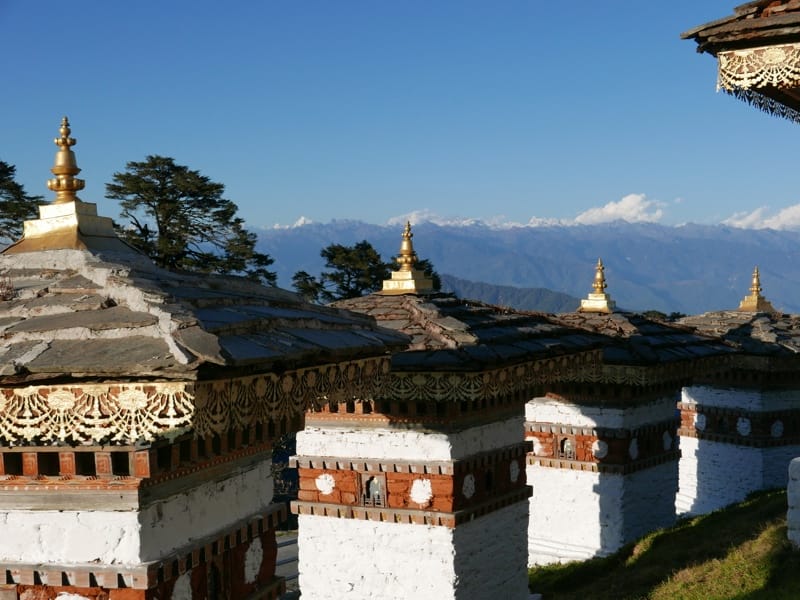 108 Stupas at Dochula Pass, West-Bhutan. The Stupa Memorial had been erased by the Kings family in honour of soldiers in Bhutan’s armee killed in a battle against Assamese rebels in 2003

Most impressive Manifestation of the close connection between the governmental and spiritual unity in Bhutan is the edifice of a Dzong: Dzongs are huge, impressive fortresses, mostly built between the 14th-16th century, located on a hilltop like the medieval fortresses we know in Europe. Dzongs exists in all those places, which had become the governmental center for the 20 districts in Bhutan. They serve as administrative, military, and social hub of a district lead by the governor. And this fortresses house as well a spiritual community of monks and Buddhist leaders maintaining multiple temples and shrines and spiritual scripts. In the large Dzong in the capital Thimphu, all the kind and the president with his cabinet as head of state, the democratic parliament, and the spiritual leader, the Ye Kenpo, have their seat. So these type of public building are representing the close duality of administrative and religious power of the government, still evident today, more than 100 years after the end of the last theocratic regency in Bhutan. 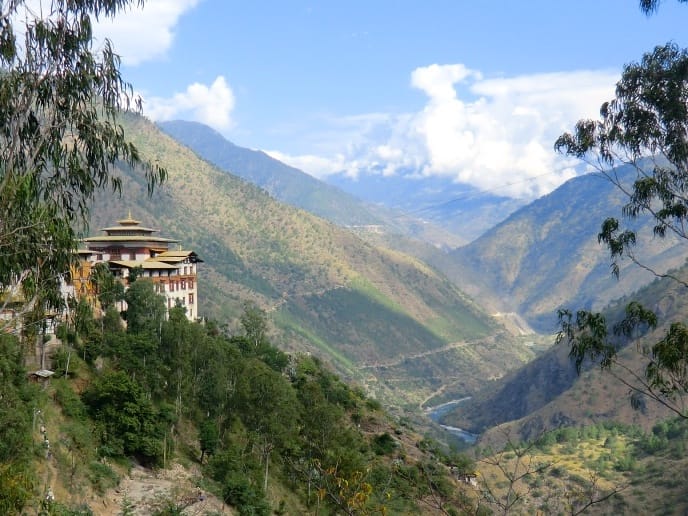 Most important spiritual leaders in history of Bhutan:

Padmasambhava was an Indian Buddhist in the 8th century influencing spiritual life in Tibet, Nepal and Bhutan. His mission to spread the message of Buddha based on the very first ancient translations from Sanskrit to Tibetan found his image of the reincarnation as the 2nd Buddha.

Very few is known about the historical figure of Padmasambhava. But the legend says, that he arrived as a pilgrim in Western Bhutan on the back of his female fellow Yeshe Tsagyal, transformed for this journey into a flying tigress. The cave, they used for meditation retreat became the most famous landmark, tourist destination and most relevant pilgrim destination for Bhutanese Buddhist , the Paro Taktsang, better known as Tiger’s Nest.

Padmasambhava moved on to Central Bhutan, to Bumthang, where he was supposed to fight and quieter a furious demon provoked by a local king. The whole map of Bhutan is created by landmarks of multiple defeats against bad deities and demons by Padmasambhava. With 8 different manifestations of his power Padmasambhava is omnipresent as the national hero, saint and spiritual founder of Bhutan on shrines all across the country. The biggest sculpture, finished in 2011, can be visited in the East of Bhutan, in Lhuntse. It is as well a relevant destination for pilgrimage and meditative retreats of Bhutanese citizens. 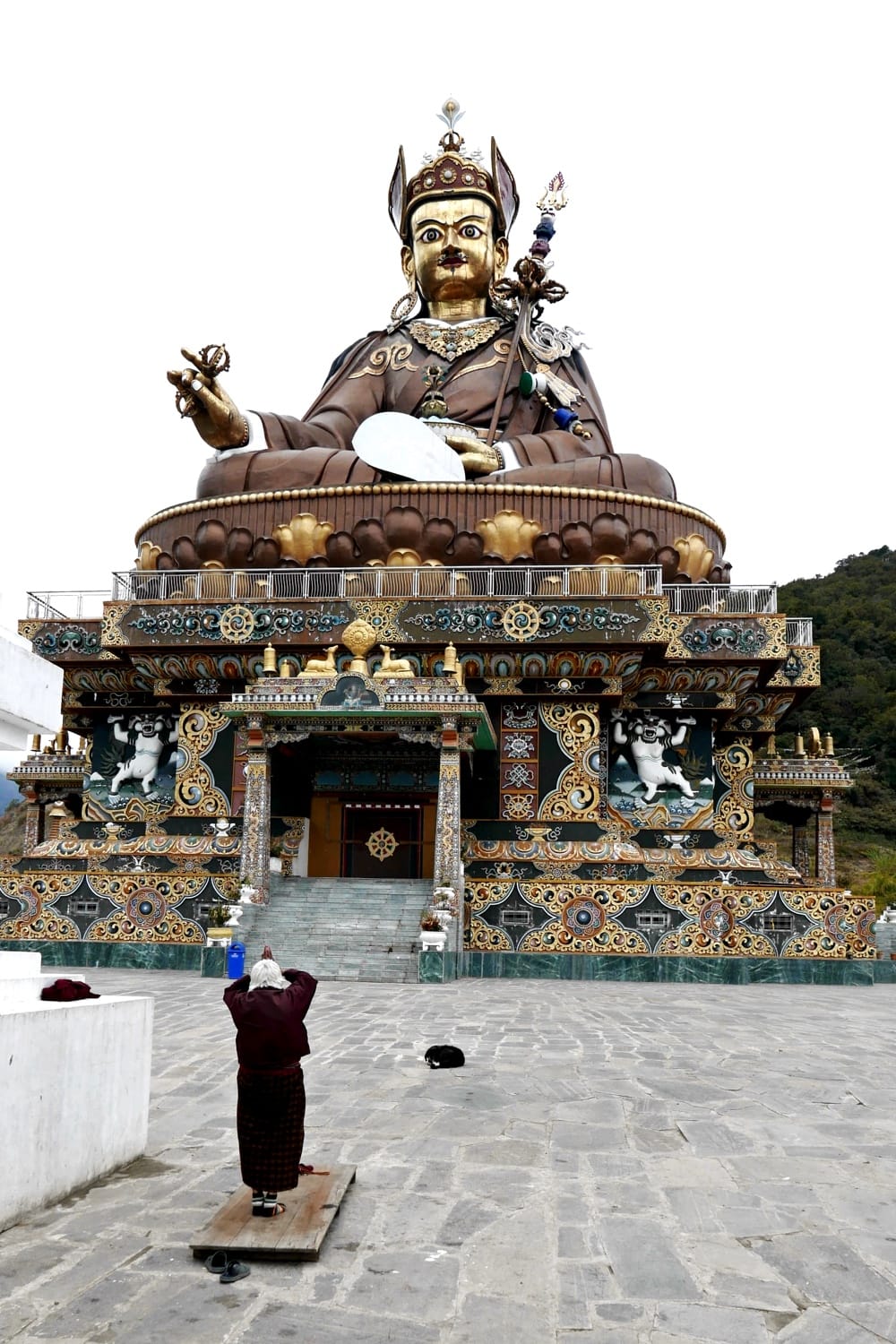 Another Buddhist Lama originally from Tibet who had a huge influence on the building of a Bhutanese identity was Ngawang Namgyal. While Padmasambhava is considered as the spiritual founder of the Buddhist Religion in Bhutan, Namgyal stands mainly for the political set-up of Bhutan. Under his regiment as first central sovereign in the 17th century, Bhutan experienced the reunification of the 5 main districts to one central country. With Namgyal as Zhabdrung Rinpoche ("Rinpoche" is title for a precious person in bhuddist monastic communities) started the long period of theocracy, of united forces of secular and (Buddhist) spiritual power in Bhutan which ended with the turn of the 20th century.

Further more, Zhabdrung Rinpoche prepared the ground for the legal code established in the early 18th century. With the implementation of the first legal code for Bhutan Happiness became already a central element of governmental focus, based on Buddhist values. It states:

If the government cannot create happiness and peace for its people, then there is no purpose for government to exist. LEGAL CODE OF BHUTAN, 1729

Buddhist laws and values define the DNA of Happiness:

Let’s have for instance a look back to the legal code of Bhutan: The legislation base on Buddhist rules influenced by a number of Tibetian scripts spread across the whole Buddhist Himalaya region. I would like to emphasize for now the „16 pure laws of man“ and „the 10 laws of gods“ [Source: Karma Puntsho, The History of Bhutan]. Most of the values below sound quite similar to those established in Western secular codes during the same period. Well, except eventually the warning against to listen to “bad woman …”. These values are very much in line with the common sense of governmental values in many collectivities, communities and governmental constitutions in all parts of the world!

The main and first truth is, that all life is suffer, because human beings desire for wealth and permanent life. We may succeed in one or few domains, like falling in love and raising a family, making good business, living at a nice place. But life course, diseases, natural disasters, human behaviors and finally the natural end of life make all these achievements vulnerable. Craving and then realizing, that everything is impermanent and an illusion, cause pain. Main root-cause for pain are greed, ignorance and resentment. Yes, this is the contrary of Happiness!

The second truth is, as long as we crave for these things we are rebirthed in this painful world which renews dissatisfaction.

The 3rd truth is about the cessation of this evil cycle by stopping the desire and attachment to things and events.

The 4th truth finally is about to replace desire and attachment by practicing the teachings of Buddha, the Dharma.

Humbleness and Gratefulness as Key Attitudes in Buddhism

A key insight of the Four Noble Truths is: Life is painful and the desire beyond basic need is a main root-cause of the pain. This has influenced the resistance of Buddhists against consumerism – not saying, that consumerism is not a threat in Bhutan, but eventually less evident, than elsewhere. Even more the truths define a grade of humbleness to embrace the reality as it is. Life is not permanent, life includes the attraction of the good and the threat of the bad in each moment. To embrace the reality and to be grateful for what we own and experience in every single moment is essential to relief from pain and harm.

Karma – all action causes a reaction

Having a look on the 2nd noble truth, which says, that craving for an ideal life cause even more dissatisfaction, this leads to the main principle of Karma in Buddhist thinking: How you act will define how you live your life. All aspects of human action are considered: body, speech and mind. In a more transcendental view, every action will even define, in which state someone will be rebirthed after death. This causality rule has significantly driven all Buddhist communities to focus rather on the collective wellbeing, than on the selfish satisfaction of an individual. Furthermore, the rule of Karma has mainly defined the focus on acting with a purpose to achieve meaningful results.

When greed, ignorance and resentment are the evil causes of a painful life, compassion, wisdom and mindfulness are the three attitudes in life to avoid a bad karma and to overcome pain. This is, by the way, the main topic of all teachings by the actual Dalai Lama.

Compassion is a Buddhist term, which corresponds mainly with the Christian term of charity or altruism (Nächstenliebe) but which covers even more the interaction of human beings, like empathy and trust in good intention.

With the wisdom of karma-causality people can positively influence their interaction with others to avoid conflicts.

Mindfulness finally stands for an attitude driven as well as by compassion, as well as by awareness in all activities. Mindfulness is practiced with the body, the mind or the speech. With a mindful attitude compassion and wisdom are immanently present in all human interaction.

To summarize the above: Yes, Bhutan and its constitution would not exist such as without the deep influence of Buddhism. But when looking into Buddhism, this is less about a religion or esoteric spiritualism. It’s rather about a holistic down-to-earth attitude which represents universal human values with strong focus on the wellbeing of the mankind – an approach which even agnostic people are keen to follow.

That’s why officials in Bhutan often insist to state: GNH is a 100% secular approach. And they are on the right path: Since 2013 the representatives of Bhutan have succeeded to integrate the main principles of the GNH concept in the UN initiative of a „New Paradigm Of Development“ . It’s an universal initiative to realize development by prioritizing human wellbeing in global governmental engagement.

But this statement can’t fully explain the fascination which most of those experience, who have traveled through this country and who met with the people in Bhutan, like I did. The long history of deep Buddhist practice define a very special attitude which is quite unique.

And my deep wish is, that practicing GNH in Bhutan helps to conserve this very simple spirit of humanity and kindness. Only then it can work as a role model for western cultures, even when those come from quite different cultural roots and face a much bigger complexity of cultural clashes and technological progress. It’s not about converting all of us to Buddhists. Its about to understand, how their empowerment and life concept can change things for a good purpose. 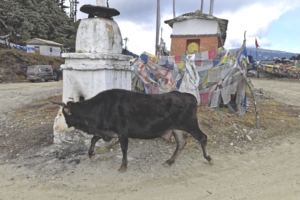 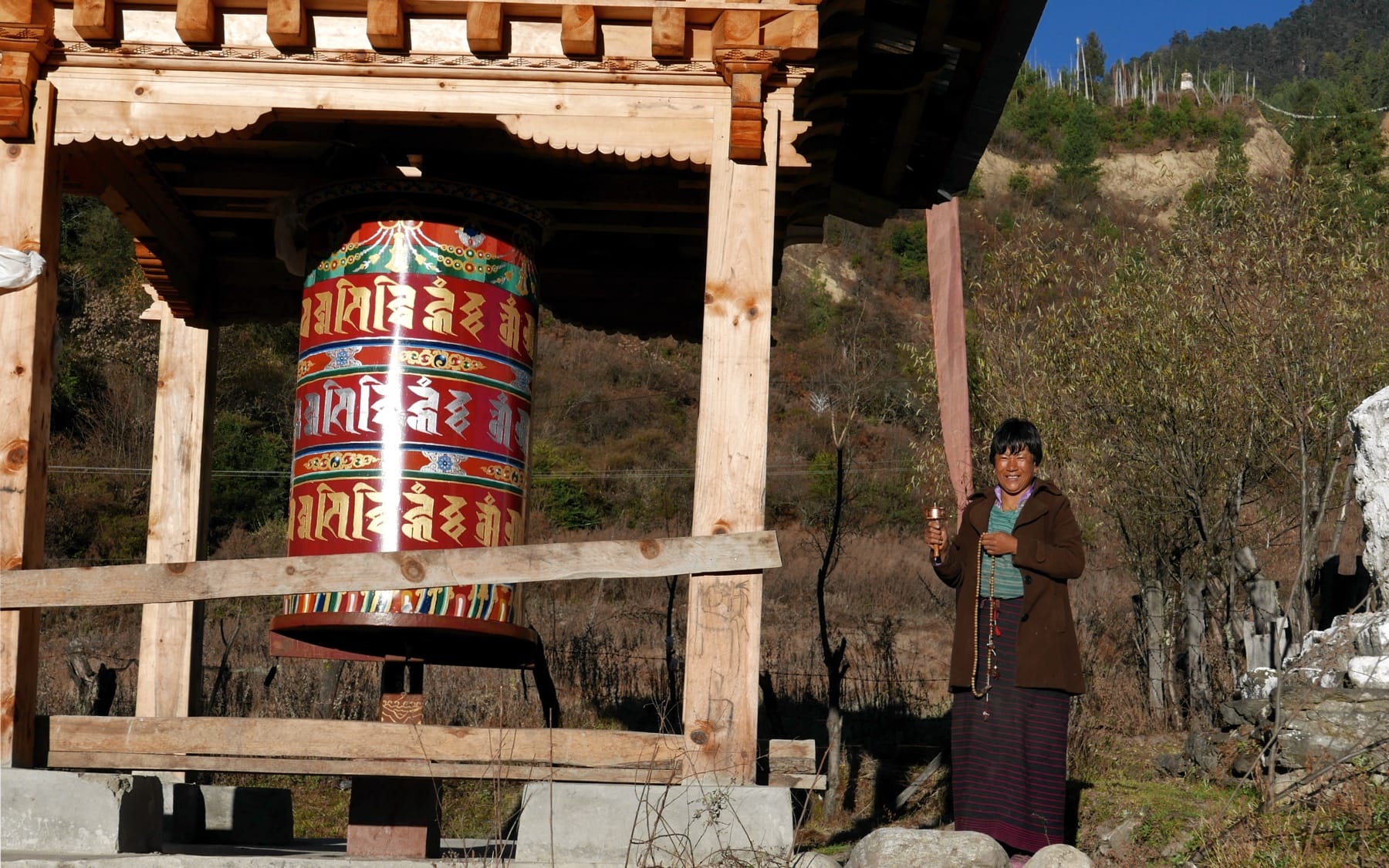 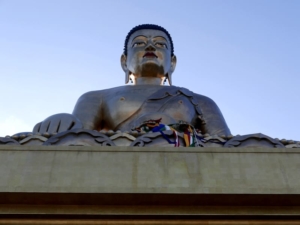 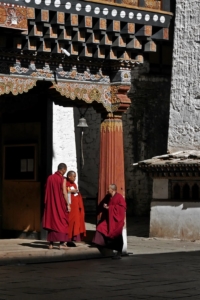 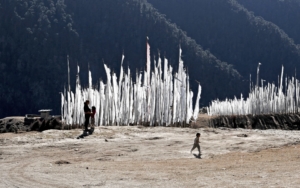 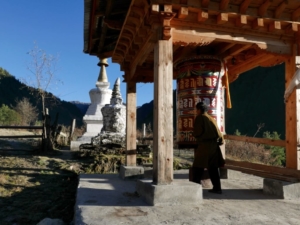 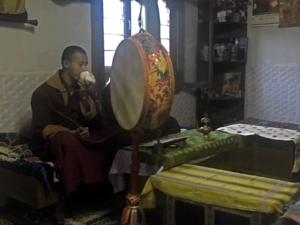 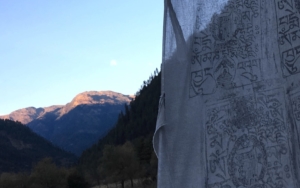